Beyond the Past
Live in London with the Platinum Anniversary Orchestra

Commemorating MONO's 20 year anniversary in 2019, a special new live double album "Beyond the Past • Live in London with the Platinum Anniversary Orchestra" to be released on March 19, 2021, via Temporary Residence Ltd., Pelagic Records and New Noise.

The album documents MONO’s extraordinary performance from the Beyond the Past event that celebrated the band’s 20th anniversary, which took place at the historic Barbican Centre in London, England on December 14, 2019. For that once-in-a-lifetime event, MONO selected a memorable lineup of old and new friends, including fellow Japanese underground icons, Boris and Envy, as well as French post-metal legends, Alcest, and UK collaborators A.A. Williams and Jo Quail. The event culminated with MONO performing with The Platinum Anniversary Orchestra, featuring National Youth String Orchestra to a rapt, sold-out audience of 2,000.

Playing through a two-hour set that touches on the band’s entire history, the sheer euphoria and dynamic resonance that engulfed the massive crowd was captured in brilliant detail by MONO’s live sound engineer, Matt Cook. Meticulously mastered by Bob Weston and presented here in its entire two-hour glory, Beyond the Past is one of the most essential MONO recordings. Packaged in a triple gatefold with accompanying 40-page photo book, this is the rare document of an event that is an event in and of itself.

Beyond the Past
Live in London with the Platinum Anniversary Orchestra 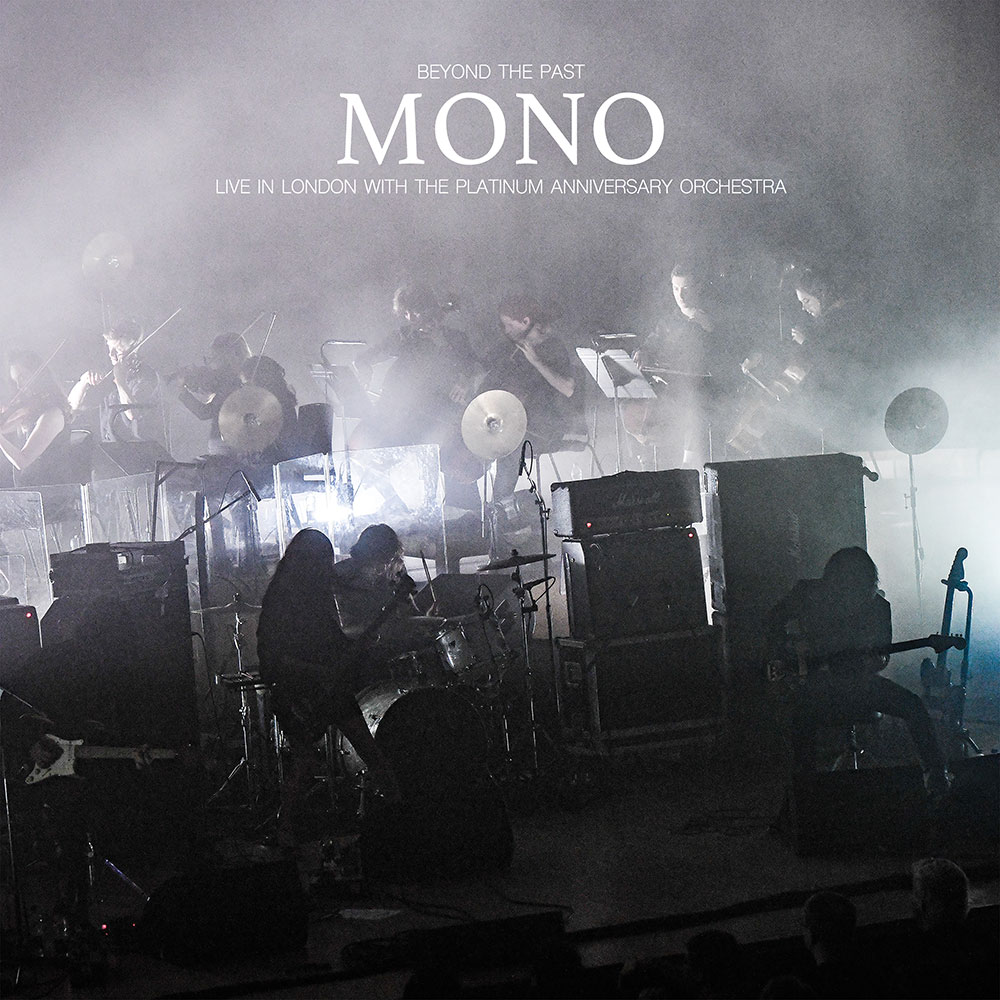 Due to COVID, all vinyl shipment will be delayed. Please check the respective label’s website for an accurate shipment information. Thank you for your understanding.

On December 25, 2020, as a special Christmas gift, a two-song single "Scarlet Holliday", was released exclusively via MONO's Bandcamp, wishing everyone good health, happiness and good cheer in the new year. These songs were written with the idea of new hope for the new year since 2020 has become unforeseeably dark for many in the world.